HASAN Raif, was one of the forerunners of the left-wing movement in Cyprus, took his last journey on Friday, January 5th. 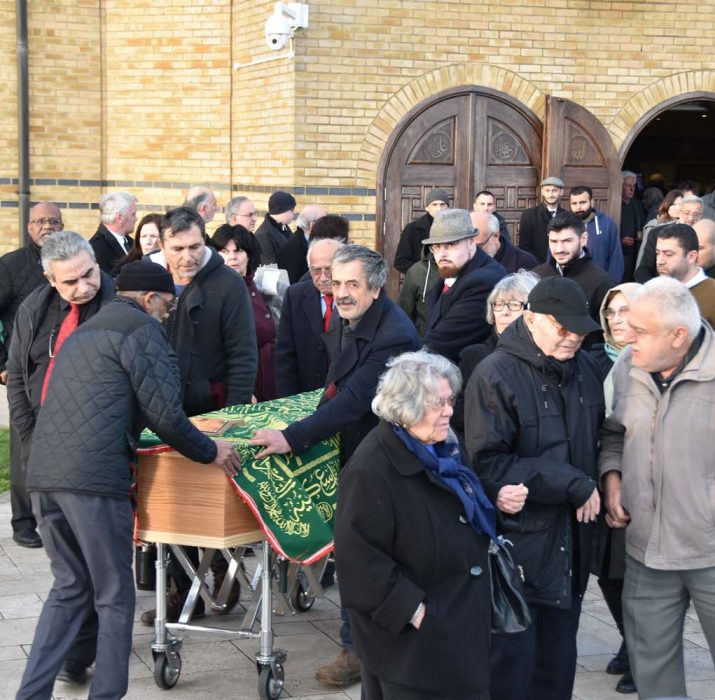 HASAN Raif, was one of the forerunners of the left-wing movement in Cyprus, took his last journey on Friday, January 5th. Raif lost his life on the morning of December 31, 2017, defeated by relentless illness. Hasan Raif’s funeral ceremony took place on Friday, January 5th. With the funeral prayer held at the Palmers Green Mosque, followed by the burial at Tottenham Park Cemetery on Montagu Road.

The commemoration of the event began with Hasan Raif’s son, musician Mehmet Raif and friend Miah Brennan playing a song well loved by Raif’s on the guitar. Messages of condolence were read by Raif’s family and friends, Raif’s solution to the struggle in Cyprus was appreciated and how good of a father, husband and a person he was. During the course of his life, his struggle in the UK, in Cyprus and in Ankara was particularly emphasised.

The Republic of Turkey, Republican Turkish Party (CTP), general president Tufan Erhürman condolence letter was read by Feridun Önsay. Erhürman said in his message of condolence to Hasan Raif, “You know that the love you carry on for the rest of your life will last all the time, and you will continue to be one of the many lights that light the path of the struggle. “Hasan Raif daughter Şeniz also shared her fond memories of her farther mentioning how helpful and good she was.