Tesco is facing a festive backlash after it was hit with a series of complaints from customers that their Christmas meals were ruined by “rancid” turkeys that had to be thrown straight into the bin. 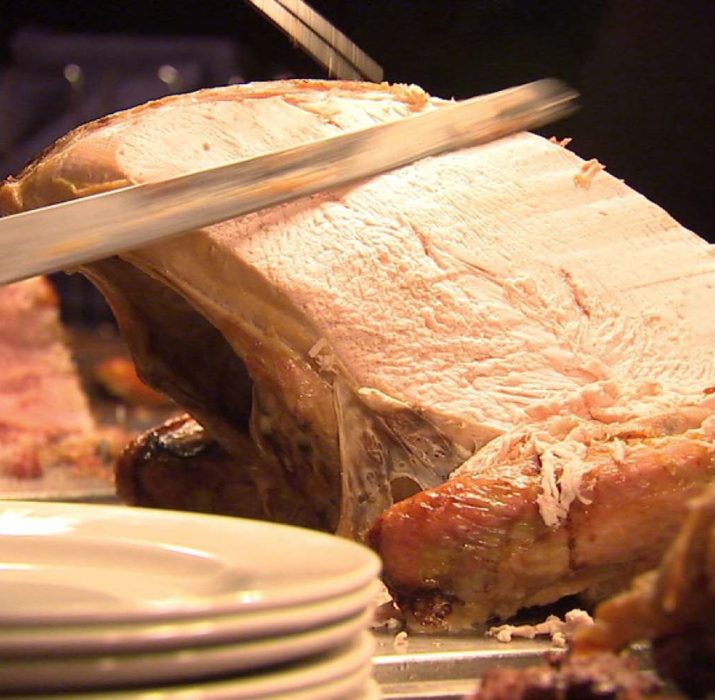 Tesco is facing a festive backlash after it was hit with a series of complaints from customers that their Christmas meals were ruined by “rancid” turkeys that had to be thrown straight into the bin.

Britain’s biggest supermarket apologised to customers who complained on social media and in a statement said it would investigate after a “small number of complaints in recent days”.

A spokesman for the Food Standards Agency told Sky News it was aware of the coverage of the controversy and that it would be “looking into” the matter and “considering next steps”.

Complaints began surfacing on social media on Christmas Day about Tesco’s turkeys – which sell for up to £59 in its Finest range.

Kirsten Shore, from Stafford, wrote on Facebook: “I was very excited and worked super hard to make and prepare Christmas dinner for my family for the first time ever!

“But thanks to Tesco I served them a rotten, rancid turkey that was inedible.

Trolleys at the Tesco Superstore in Kirkcaldy, which is to close it was announced today.

“Not only that, the gravy was made from the turkey so that resulted in everyone’s meal ending up in the bin! Thanks Tesco!”

Craig Taylor said: “@Tesco well thank you for ruining my Christmas dinner with the rotten turkey you sold us!

“Absolutely disgusting smell can’t get rid of it, stored correctly and now have no turkey for Xmas.”

Karen Carter wrote: “Thanks @Tesco for ruining our Christmas disgusting turkey I had delivered Fri stinking and rotten and just had to throw away.”

Tesco responded to a number of the complaints via social media.

But on Boxing Day, the supermarket’s official Twitter account published a tweet suggesting how customers could transform their leftovers by using them to make burgers or pies.

One user responded that it was “really not the greatest thing” Tesco could tweet and another said: “What leftovers – dog wouldn’t even eat our turkey crown.”

“We have exceptionally high standards so we will look to address the small number of complaints in recent days.

“We will get in touch with each customer so we can investigate how these instances may have happened.” (SKYNEWS)