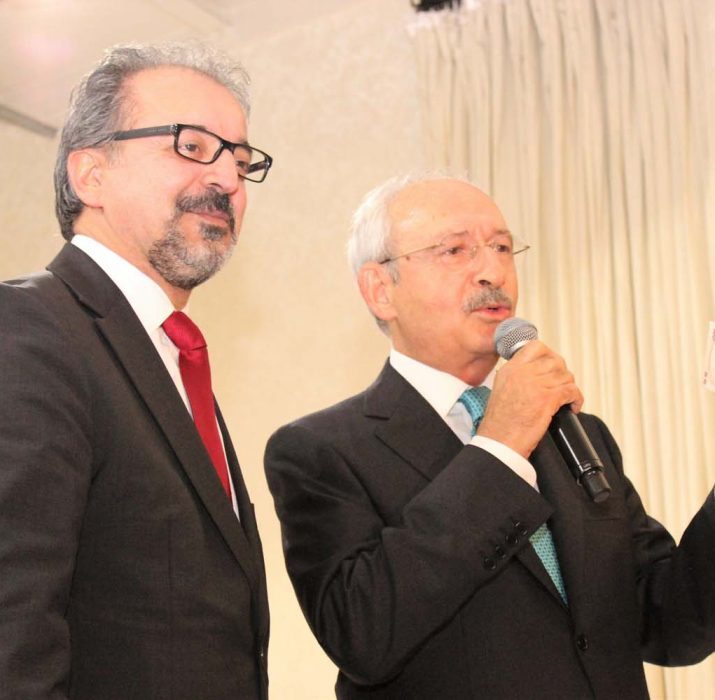 Kılıçdaroğlu, who is in London to attend a number of engagements, participated in the Solidarity Night organised by the CHP UK and Scotland, together with CHP Deputy Leader Ozturk Yilmaz, Aykut Erdogdu, CHP MP Ilhan Kesici, Selin Sayek Böke, Faik Oztrak and Party Member Gülseren Onanç.

Those who entered the saloon were almost competing with each other, to make sure they got to see Kılıçdaroğlu. CHP UK leader Hasan Dikme spoke of the work the CHP UK and its growth over a very short period of time.

Kılıçdaroğlu spoke about the agenda both in Turkey and the world, stated that US President Trump left a “bomb” in the middle of Jerusalem and that this decision would affect the whole world. Talking about the allegations of corruption in Turkey, Kılıçdaroğlu said that they always deal with the problems of the citizens living abroad, he said:

“Elected MPs from abroad and the citizens of the Grand National Assembly of Turkey should be elected from there, they should represent themselves there. You will probably say, ‘did this come to your mind just now?’ No, we did it before, they did not accept it.”

‘ISLE OF MAN’ POUND GIVEN AS PRESENT

Dikme thanked Kılıçdaroğlu saying “At such event plaque given as a gift. I want to give a different gift today. I would like to present from the ‘Isle of Man’ £5”.

A comment comes from the top table “General Chairman can establish 5 companies on the Isle of Man with that money” Kılıçdaroğlu, smiled along saying, “With that, you can set up a company, each giving 15 million dollars. How nice”.