Theresa May has insisted the Government is “listening” to potential Tory rebels as the Prime Minister was warned she faces a humiliating defeat on flagship Brexit legislation. 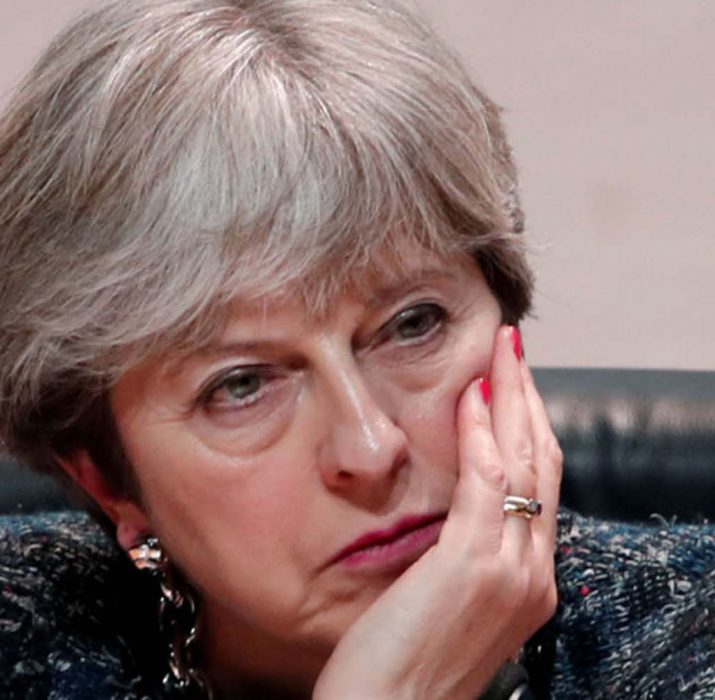 Theresa May has insisted the Government is “listening” to potential Tory rebels as the Prime Minister was warned she faces a humiliating defeat on flagship Brexit legislation.

If neither ministers or unhappy Conservative MPs back down, the Government will face a crunch vote on the EU Withdrawal Bill on Wednesday night.

As many as 20 Tory MPs could defy the Prime Minister by backing an amendment calling for a “meaningful” vote on any Brexit deal – a rebellion sizeable enough to bring the Government’s first defeat on the key bill.

MPs from across the House of Commons have been urged to back the amendment, brought by Conservative former minister Dominic Grieve, and likely to be backed by Labour, the SNP and Liberal Democrats.

His amendment calls for the UK’s divorce deal with the EU to be approved by Parliament prior to it being implemented.

Ministers have promised MPs a say on the Brexit deal, but many fear the Government will merely offer a “take-it-or-leave it” vote.

So far, the Government has seen off a string of proposed amendments to the bill, which aims to ready the UK’s statute book for Brexit.

Asked on the eve of the vote whether she had a message for potential rebels such as Mr Grieve, the Prime Minister appeared to hint the Government could yet concede on the amendment in order to avoid defeat.

She said: “There are obviously colleagues who are concerned about some of the issues around the processes in the House of Commons and who are looking for reassurance around the Withdrawal Bill, around the withdrawal agreement, around how clause nine is going to be used.

“And, of course we’ve been listening and talking to those colleagues.”

One of the potential Tory rebels, Heidi Allen, expressed her hope ministers will yet back down, posting on Twitter: “I am hopeful the Government will concede on this… there’s still time before votes tomorrow.”

Mrs Allen’s fellow Remain-supporting Conservative and potential rebel, Anna Soubry, used Tuesday’s debate on the EU Withdrawal Bill to urge the Government to “give a little bit more” to reach out to the 48% of voters who wanted to stay in the EU.

She said: “For people to say that in a tabling of an amendment you are somehow trying to thwart or stop Brexit is frankly gravely offensive and that level of insult, because it is an insult, has got to stop.”

Mr Grieve warned the Government there is a “real possibility” they will be defeated if they try to block his amendment, as he suggested he had “enough” support to win a vote.

He told the BBC: “I don’t see any possibility of my backing down on this at all.”

Mrs Allen, Ms Soubry and Mr Grieve are all among those Tory MPs to have been branded “Brexit mutineers”, due to their readiness to defy the Government on the EU Withdrawal Bill.

And the possibility of a House of Commons showdown on Wednesday has already sparked a fresh bout of Tory infighting over Brexit.

The Brexiteer also suggested rebels are looking to “derail” the EU Withdrawal Bill.

Ahead of a possible vote, Labour’s shadow Brexit minister Matthew Pennycook urged Tory MPs to see through their threats of rebellion.

“Tory rebels have talked the talk, now they must walk the walk,” he said.

“The decision MPs make today will determine whether or not the UK goes down the path of a Brexit that respects parliamentary democracy.

“Labour have always been clear that Parliament, not ministers, must have the final say on the UK’s withdrawal agreement with the EU.”

The Liberal Democrat’s Brexit spokesman Tom Brake, a supporter of the pro-EU Open Britain group, said: “Given the lack of respect shown for Parliament so far, we can’t trust anything ministers say about allowing MPs a meaningful vote on any Brexit deal.

“The only way to guarantee that MPs will have the ability to vote on Brexit on behalf of our constituents is for us to come together and back amendment seven.”

The crunch vote could come just hours before the Prime Minister heads to a summit in Brussels on Thursday, where she expects EU leaders to sanction the start of Brexit trade talks. (SKYNEWS)