Theresa May is facing a potentially hostile grilling from MPs at Prime Minister’s Questions after the collapse of her bid to clinch a Brexit deal with Brussels. 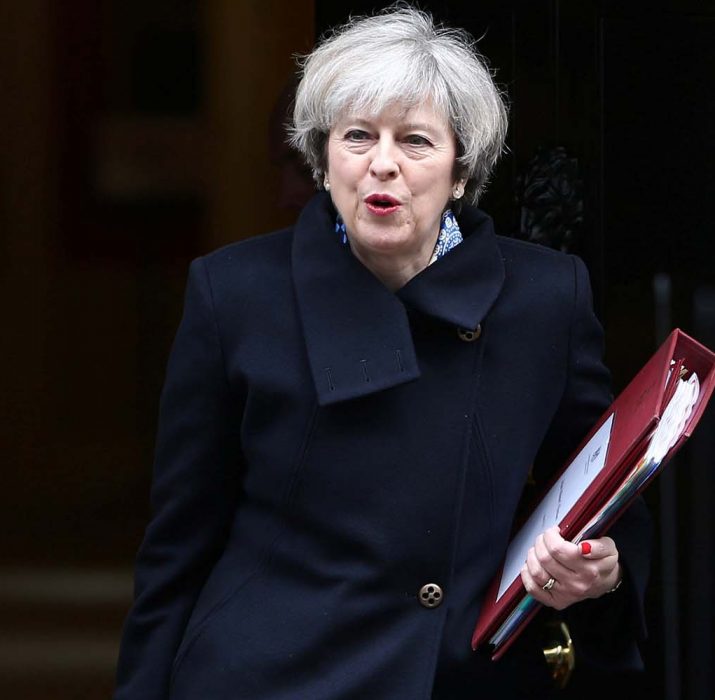 Theresa May is facing a potentially hostile grilling from MPs at Prime Minister’s Questions after the collapse of her bid to clinch a Brexit deal with Brussels.

She is likely to face tough questions from Jeremy Corbyn and pro and anti Brexit Tory MPs after Arlene Foster said she had no choice but to reject the deal.

The DUP leader told Sky News her party had been asking the Government for sight of draft texts of the proposed agreement with the EU for five weeks.

But she said a version was not sent to her party until late on Monday morning, shortly before the Prime Minister’s talks with Jean-Claude Juncker in Brussels.

“We hadn’t seen any text, despite asking for text for nearly five weeks now, we haven’t been in receipt of any text and the text only came through to us late yesterday morning,” she said.

“And obviously once we saw the text we knew it wasn’t going to be acceptable.”

Now, after the collapse of the Prime Minister’s attempts to reach a deal with the European Commission president, Labour is demanding a new approach from the Government.

The shadow Brexit secretary, Sir Keir Starmer, told Sky News it was time for a rethink. But he warned that time was running out if a deal was be done at an EU summit next week.

When she met the Spanish Prime Minister in Downing Street on Tuesday, Mrs May said she hoped to be able to return to Brussels to clinch a deal.

“Our talks with the European Union have made a lot of progress,” said the PM. “There are still a couple of issues we need to work on.

“But we’ll be reconvening in Brussels later this week as we look ahead to the December European Council.”

But that could be put on hold after a planned phone call between the Mrs May and the DUP leader did not happen.

The Prime Minister is also facing a Cabinet revolt, led by Brexiteers Boris Johnson and Michael Gove, who fear she is forcing a soft Brexit.

Tory Euro-sceptics are also likely to be alarmed by remarks by the pro-Remain Chancellor Philip Hammond in a speech in the City of London.

“We want to protect our existing trading relationships with the EU,” said Mr Hammond.

“But we also want to ensure that the future trade arrangements we have with the EU are durable and fair… with the effect on cross-border financial markets well understood and transparently agreed from the outset.”

It is winning over the DUP’s 10 MPs at Westminster – who are propping up the Tory government – that could be the Prime Minister’s toughest task. (SKYNEWS)