An update of the customs unions agreement with the European Union will be beneficial for ties between Turkey and the EU, Economy Minister Nihat Zeybekci said on Sept. 27. 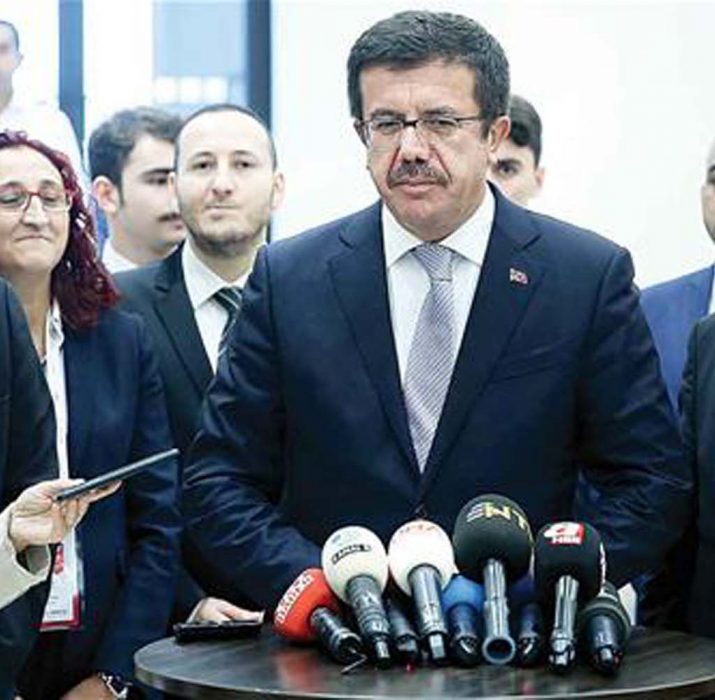 An update of the customs unions agreement with the European Union will be beneficial for ties between Turkey and the EU, Economy Minister Nihat Zeybekci said on Sept. 27.

“The update will be the most positive platform for our relations with the EU in upcoming period. I expect no obstacle in this regard,” said Zeybekci, speaking at the Istanbul Financial Summit.

The success behind the volume of Turkey’s exports to the EU despite the customs union agreement is a miracle, he said.

The current agreement is not sustainable and, therefore, should be updated, he said.

Turkish officials have repeatedly criticized free-trade agreements signed by the EU with other countries, such as the U.S., which would effectively open Turkey’s market to exports from such states, with no reciprocity.

Despite not being a member of the EU, Turkey is a member of the customs union agreement since 1995.
Turkey contributes to the increase of EU’s GDP, total growth and foreign trade, Zeybekci said, adding that Germany, as the biggest economy of the EU, would benefit the most from the update.

Almost half of Turkey’s export is to the EU while the country made 42 percent of its import from the union, Zeybekci said.

About the suspension of the hotel booking website Booking.com in Turkey, Zeybekci said the company spoke with the ministry about the issue and expressed its desire to continue their operation in Turkey.
Zeybekci said the suspension of Booking.com in the country is not a positive development for tourism but at the same time, the court decision regarding the issue is straightforward.

On March 29, an Istanbul court ordered the suspension of the website, citing accusations of unfair competition, following a lawsuit filed by the Association of Turkish Travel Agencies (TÜRSAB).

Zeybekci said they offered the company a solution but he did not give any further details on the subject as talks continue. (HÜRRİYETDAILYNEWS)