“History and Benefits of the October Revolution”

IN RUSSIA a panel was held by Day-Mer for the 100th anniversary of the October Revolution. 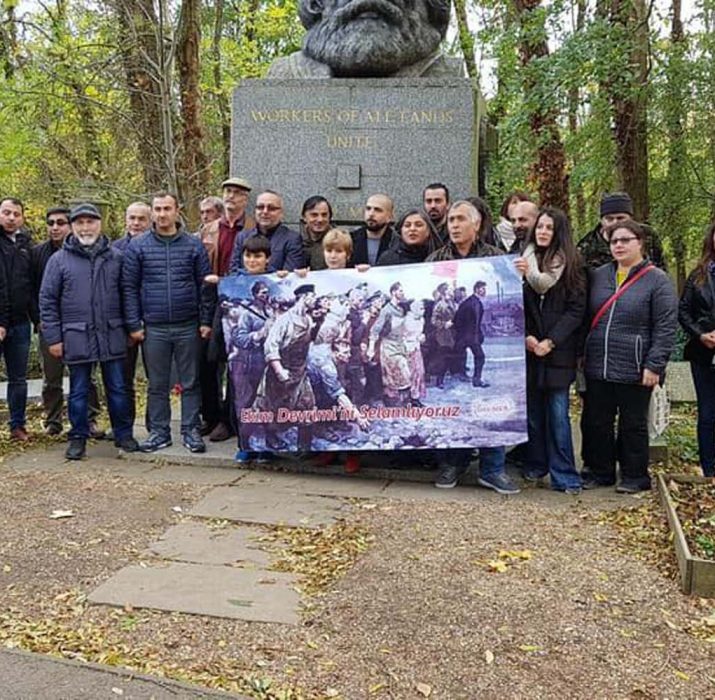 IN RUSSIA a panel was held by Day-Mer for the 100th anniversary of the October Revolution. The October Revolution, led by Vladimir Ilyich Ulyanov, known as Lenin, resulted to the overthrow of the Petrograd transitional government following the overthrow of the Russian Tsar, resulting in the formation of the Soviet Union. Çubukçu also stated that the October Revolution was regarded as a coup by the Bolsheviks by some circles and said that the revolution benefited not only the working class in the member states of Russia and the Soviet Union but also the working class in some large industrial states.

“There has never been a revolution in Germany, France, Italy, but the October Revolution has a lot to gain when workers have a certain refund.”

The Day-Mer’s gathered at noon Sunday (October 22nd) after a panel discussion on “The History and Benefits of the October Revolution” on Saturday, October 21, and visited the tomb of Marks. The Day-Mer members who visited the tomb of Karl Marx in London, the most influential name of the October Revolution architect Lenin, left the flower in his memory.