A series of rare Ottoman artifacts are at the center stage in a London exhibition by Sotheby’s – one of the world’s largest art brokers. 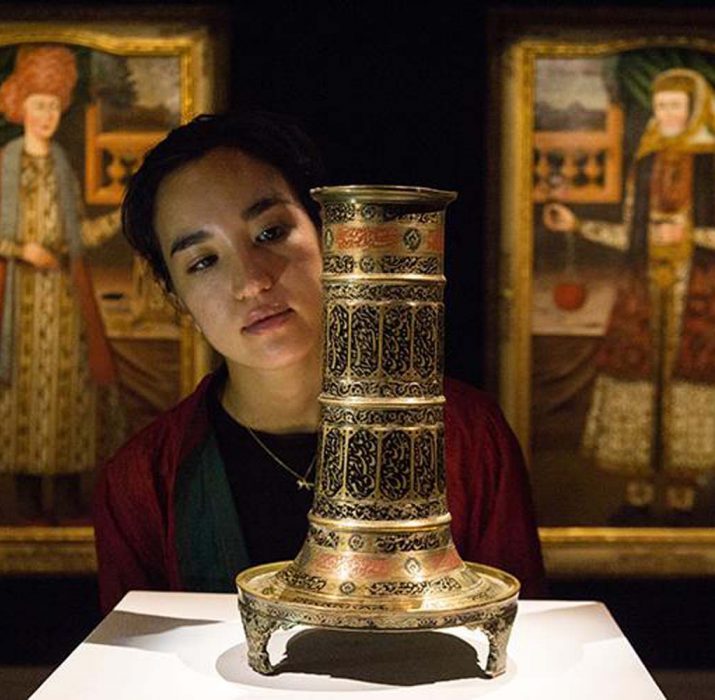 A series of rare Ottoman artifacts are at the center stage in a London exhibition by Sotheby’s – one of the world’s largest art brokers.

The annual Arts of the Islamic World sale on Oct. 25 will auction items from Persian, Indian and Ottoman cultures.

The personal collection of Serge Brunst, a renowned decorator from Beirut, includes samples of rare handwritten books including the Holy Quran, palace carpets, porcelain, tombac artifacts and trays from the Ottoman era.

A large Ottoman voided silk velvet and metal-thread panel with carnations, made in Bursa or Istanbul in the late 16th century, is one of the most valuable items at the auction.

Alexandra Roy, an Islamic art expert in Sotheby’s, describes the carpet as one of her “favorite pieces in the sale… because it is the royal textile from the Ottoman Imperial court. It has four of the favorite flowers of the Ottoman court – tulip, carnation, little rosette and pomegranate.”

One of the most significant pieces at the auction is a copy of a book by the famous 11th century Muslim physician, astronomer and philosopher Ibn Sina, known as Avicenna in the West.

Benedict Carter, the Sotheby’s auction director of the Middle East department, said the piece is one of the earliest copies of Avicenna’s famous work.

“It is a complete volume and a very rare piece… Recently, medical manuscripts have been doing quite well, there is a consistent demand by private collectors and museums,” Carter told Anadolu Agency.

The item has various layers with chapters from the Quran, and information about Islam’s holy places, such as Mecca, Medina and Jerusalem, written on them.

An Ottoman-Turkish prayer book written in 1789 by Ali Sükrü Efendi is another item that attracts attention in the exhibition. The book with diagrams of Islam’s holy cities is regarded as a good example of Ottoman calligraphy art. It is expected to fetch 20,000 British pounds ($26,383.3). (HÜRRİYETDAILYNEWS)