Relations between Turkey and UK after Brexit 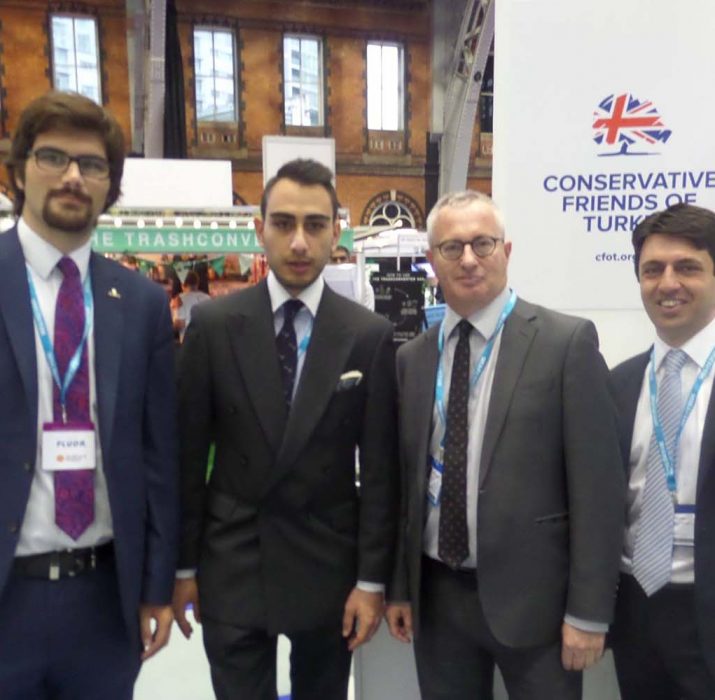 CONSERVATIVE Party Turkish Friendship Group gave a reception at the Conservative Party conference in Manchester from 1-4 October. As well as politicians from various parts of Britain, companies including BAE Systems participated in the event.

Edmonton deputy candidate Gonul Daniels at the reception started the opening speech and followed with Turkey London Ambassador Abdurrahman Bilgiç and Lord Balfe, a member of the House of Lords, who all made speeches.

Ambassador Bilgic gave information about the developments on trade relations in the post-Brexit UK-Turkey political and commercial relations reception.

Ambassador Bilgic said that despite the economic and political tendencies in the world, relations between England and Turkey remain positive. Emphasizing that relations are based on a strong diplomatic and economic basis, Bilgiç said that there are around 3,000 British companies operating in Turkey.

Bilgic reported that both countries were working positively to sign a productive trade agreement after Brexit. Noting that a “trade working group” was set up to reach positive results faster, Ambassador added that Turkey appreciates the possibilities of post-brexit posture with Turkey and Turkey will benefit from it.

Bilgiç stated “The working group brings together our experts to share their analysis and foresight. They will evaluate all options including the trade deal. Thus, I can say that Turkey and the UK are doing all they need to do in order not to have any problems arising in the process. ”

Balfe Recalled about his visit to the Bosporus Bridge in Turkey for the first time during the construction period, Balfe said that he had met with all the Turkish Presidents from the time of Kenan Evren. Balfe, who announced that a delegation from Turkey would be accepted with the sponsorship of the British Parliamentary League in November, expressed that a delegation from England would visit Ankara in the future.

Balfe accepts that the Cyprus negotiations have not improved; Balfe claimed that the Greek Cypriot Administration was in talks that would not be accepted in a possible referendum during the negotiations. ‘People cannot humiliate. In line with the interpretations of the KKTC’s wishes, needs and political realities, Akıncı went as far as possible. Now it has to be accepted that there are two separate communities in that island, and both must be looked at equally. ”

Emphasizing that being a friend of Turkey is not just about being close to a single branch, Balfe emphasized that Turkey should go all the way around and that the future visits should include the CHP. Balfe said he was concerned about some developments in Turkey and reminded that the British Conservative Party was successful in supporting the middle class and warned that those who contributed to the economy of the country would not be hindered.

Balfe said, “We need to criticize where it is needed, but we never have to approach each other hostile. We need to strive for efficiency and not move forward with a mutual understanding.”