Ahmed, who has been robbed, fighting for his life

A POLICE officer acted on CCTV images, where 82 years old Turkish Cypriot was beaten by three men and hospitalized. 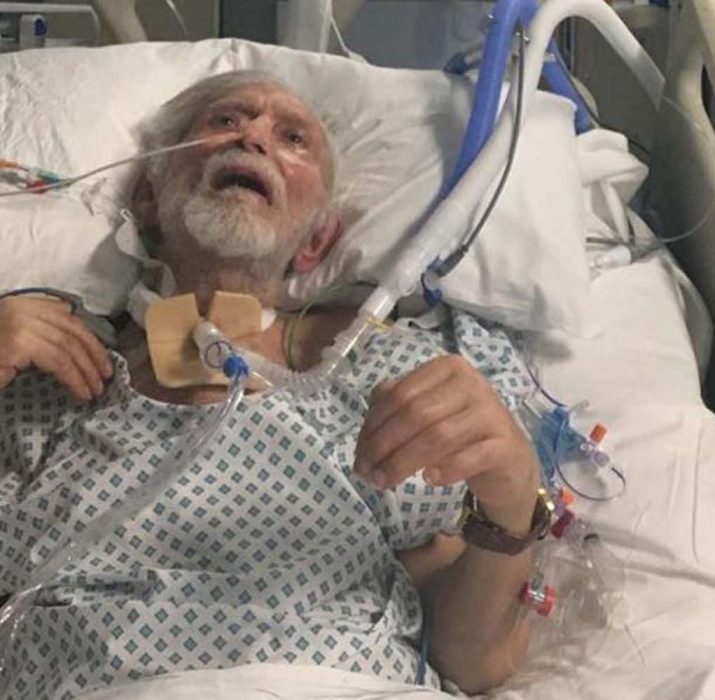 A POLICE officer acted on CCTV images, where 82 years old Turkish Cypriot was beaten by three men and hospitalized.

Originally Turkish Cypriot Ahmet Dobran (82), a Parkinson and cancer patient, walked along the road and lost valuable goods and a Longine wrist watch that was on the attack by three people. The man was beaten by being held by his neck, and was taken to the hospital and got into a coma due to this he is breathing with a mechanical device. In a statement give by his family, it is highly certain that Dobran will no longer be able to leave the house and need special care.

Scotland Yard said they are looking for the three men in the CCTV footage. The photographs that he thought were found after the attack hit the eyes of both of the three men laughing whilst running away from the scene.

Sam Bush from the Metropolitan Police have said in a statement:

“Over the course of the month, Mr. Dobran entered an intense coma process, and at the moment he was convicted of a need for professional assistance. The attack on Dobran, which can only breathe with a special tool, is unimaginable at worst, and we use all our resources to find the three suspects. We do not think these three people are from East Ham or Newham’s. IMAGES OF SUSPECTS ON CCTV
“We recommend that those who know the identities of the three suspects can let the police know anonymously – do not forget that no identification inquiry will be made from you in the help you are doing”
The family who made a statement after the sadistic attack also stated that they are very sad after the situation and Ahmet Dobran, the elders who always like to spend time outdoors, said that this traumatic attack is a great possibility that he cannot physically go out of his house ever again. “The family also stated that ‘who ever can do this to our father, can do the same aggression tomorrow – we expect you to help us find these people,” The police and local communities tied together to find justice for the immediate identification of these three men’s identities in London.