“The People’s Party” met with Turkish Cypriots in London 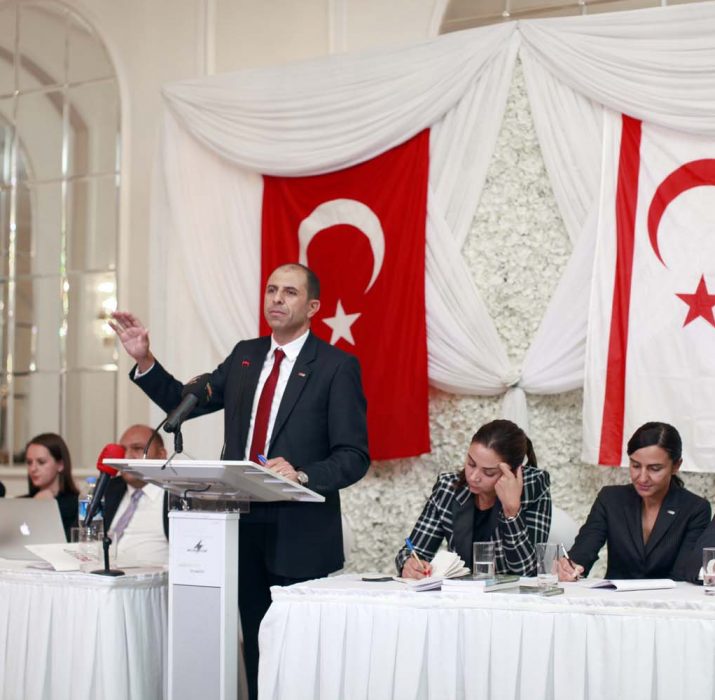 The event that attracted a high volume of interest, tackled the political party’s vision and mission statement alongside making important statements over the ongoing political agendas.

Stating that indeed many political party representatives come to London to generally ask for people’s votes, Mr Özersay said that their primary aim is different: he said their aim is to let the community know that currently North Cyprus is being led in a “bad” system and his party holds the key for necessary changes.

Stating that he has got certain short-time achievements in mind, Mr Özersay said:

“If you ever ask what a bad leadership and administration means, North Cyprus now can be a good example. I’d like to ask you. What kind of leader can take on roles of transportation ministry, education and health ministry? Unfortunately this scenario is applicable in our country. This, is an aftermath of a bad management and bad temperament.

The real management we need has to be by people who are experts in their fields, coming into parliament and represent democracy… Partisan system is deceiving crowds and therefore there are so many corrections to be made in the system…These and more are happening in North London…”

Mr Ozersay also stated that Turkish Cypriots who are based abroad have been forfotten and deceived by the current system. Mr Ozersay said:

“We are our people’s party – who are those people? Everyone from those who live in our country and beyond. You are indeed forgotten in this current system but we will do everything to serve you and embalm our identity abroad. We will immediately hold records of those who live abroad and we will establish online platforms to hold records and make it easier and accessible to vote. We won’t let bureaucracy to torment our people and we will always hold annual meetings to discuss your rights and visibility – we will also amend unfair propositions on military service”