Police are continuing to question two men on suspicion of terror offences following Friday’s attack on a Tube train in south-west London. 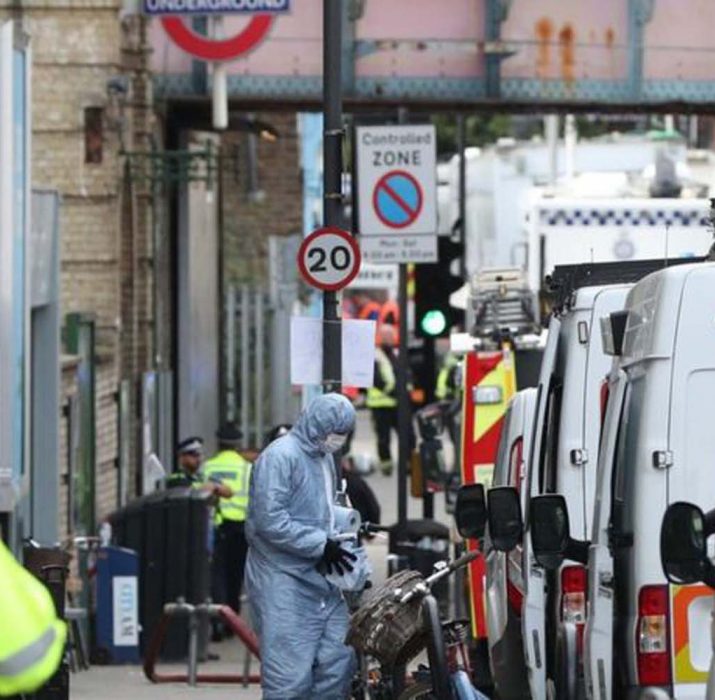 Police are continuing to question two men on suspicion of terror offences following Friday’s attack on a Tube train in south-west London.

It comes as CCTV images emerged showing a man carrying a Lidl supermarket bag 90 minutes before the bombing.

An 18-year-old and 21-year-old are being held over the explosion, which injured 30 at Parsons Green station.

The UK terror threat level has been lowered to severe after being raised to critical, its highest level.

On Saturday, the 21-year-old was arrested in Hounslow, west London and the 18-year-old was detained at Dover port.

Police are searching two addresses in Surrey in connection with the arrests – one in Sunbury-on-Thames and another in Stanwell.

A third property in Hounslow has been searched as part of the investigation, Scotland Yard said.

The BBC understands it is a Middle Eastern chicken shop called Aladdins in Kingsley Road.

The “severe” terror threat level means an attack is no longer imminent but is still highly likely.

Home Secretary Amber Rudd said police had made “good progress” in the investigation and urged “everybody to continue to be vigilant but not alarmed”.

Assistant Metropolitan Police Commissioner Mark Rowley said police had gained a “greater understanding” of how the bomb was prepared but said there was “still much more to do”. (BBCNEWS)