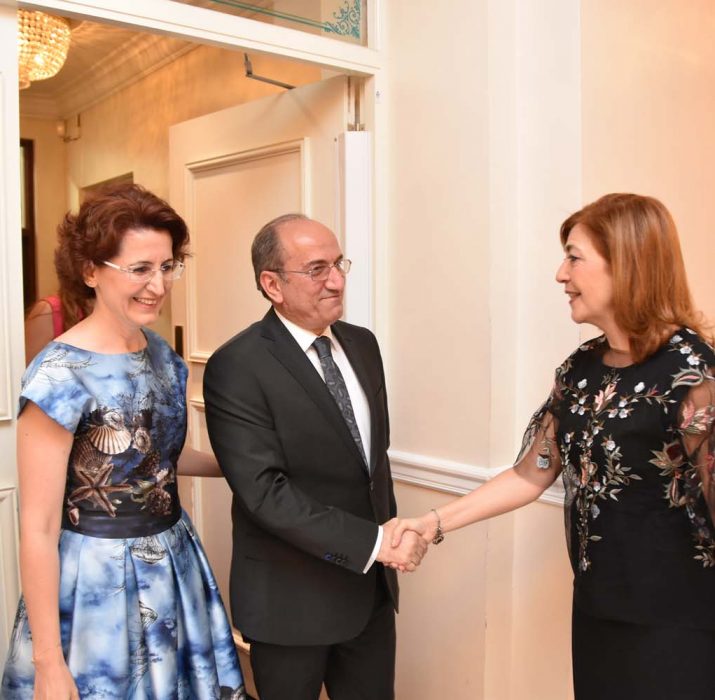 Northern Cyprus London Representative Zehra Başaran hposted the event over British bureacrats and community faces. The event also stood for a significant one bringing both Muslims and non-Muslims for a cause in solidarity and togetherness. Honorary guests were seen as the Turkish Ambassador Abdurrahman Bilgiç and his wife Esra Bilgiç, Turkish Consul General Çınar Ergin, Enfield Deputy Mayor Doris Jiagge and former Haringey Mayor Eddie Griffith.

MESSAGES ON SOLIDARITY AND PEACE

Protocol names made speeches before the dinner commenced. Doris Jiagge opened the speeches by saying “İyi bayramlar” (happy Eid) in Turkish, remarking events like this enhances the communities’ bond together. Eddie Griffith on the other hand remarked how Turkish speaking communities thrive to enhance Haringey.

Abudrrahman Bilgiç, also made a speech on the importance on Eid and how it is a day that lectures on the significance of putting an end of feuds and fights. Zehra Başaran, also tackled similar topics and welcomed everyone to the event.

“I am proudly watching my community infused in different sectors like art, NGOs, politics and more. Our people makes significant contributions to the environment they have to work with, without forgetting who they are and where they come from. People come here with making amazing contributions but also by passing on their cultures on their family members. Our representation strives to serve for our people with numerous services, the last one being the new identity card distributions. In a world where fights and feuds are being proliferated, I would like to thank you by honouring us by attending this event and making a strong remark on peace in diversity.” Said Ms Başaran.