Proposals aimed at cutting the numbers of low-skilled migrants from Europe following Brexit have been disclosed in a leaked Home Office paper. 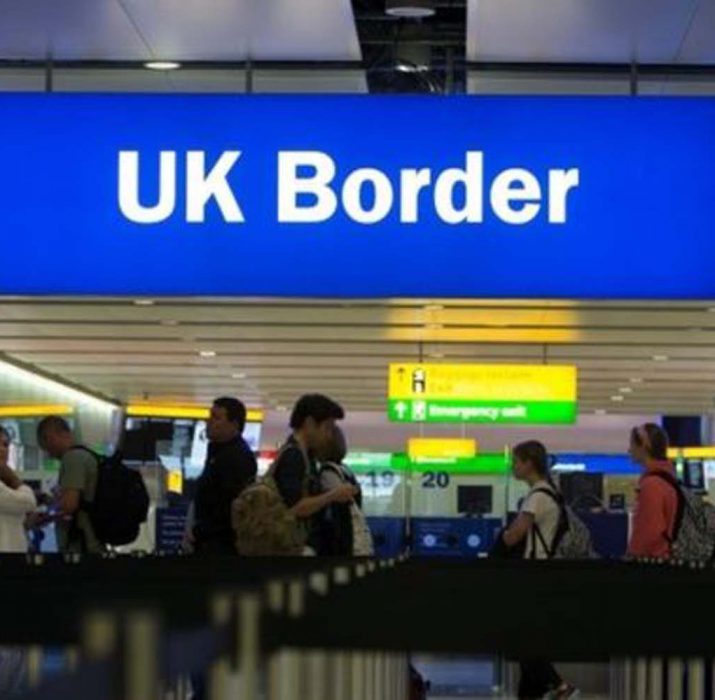 Proposals aimed at cutting the numbers of low-skilled migrants from Europe following Brexit have been disclosed in a leaked Home Office paper.

The document, obtained by The Guardian, suggests free movement will end upon exit in March 2019 and the UK will adopt a “more selective approach” based on the UK’s economic and social needs.

Access to labour in industries without shortages may be curbed, it suggests.

The BBC understands the document has not been signed off by ministers.

A spokesman for the government said it did not comment on “leaked draft” documents.

They said ministers would be setting out their “initial proposals” for a new immigration system “which takes back control of the UK’s borders” later in the autumn.

Downing Street has long maintained that the current unconditional right of EU citizens to live and work in the UK will come to an end on the day that the UK leaves the 28-member bloc.

It is also likely that there will be an implementation period to minimise disruption to businesses and to the public services, many of which are heavily reliant on European labour.

However, details of the likely shape of the UK’s post-Brexit immigration policy remain hazy with a proposed immigration bill, one of eight pieces of Brexit-related legislation, yet to be published.

The Home Office document obtained by the Guardian, entitled the Border, Immigration and Citizenship System After the UK Leaves the EU, is marked extremely sensitive and dated August 2017.

Among the ideas set out, the 82-page document suggests low-skilled migrants would be offered residency for a maximum of two years while those in “high-skilled occupations” would be granted permits to work for a longer period of three to five years.

Employers would be encouraged to focus recruitment on “resident labour” and EU nationals could be required to seek permission before taking up a job. While there would be no new border checks on entering the country, all EU citizens will be required to show a passport.

“The government will take a view on the economic and social needs of the country as regards EU migration, rather than leaving this decision entirely to those wishing to come here and employers,” it states.

It also floats the idea of ending the right to settle in Britain for most European migrants and placing new restrictions on their rights to bring in family members.

The new measures, it indicates, would only come fully into force at the end of a transition period, which could last up to three years. It is understood that the document is a draft, unfinished version of an upcoming White Paper circulated among senior officials and that there have been at least five earlier versions.

“This would be an important step to achieving the government’s immigration target.”

UKIP also welcomed the proposals, saying they should be implemented “without fudging” and prioritise the needs of communities up and down the country as well as those of workers and businesses.

However, Labour MP Yvette Cooper said the document appeared to fly in the face of Home Secretary Amber Rudd’s commitment earlier this summer to consult on a post-Brexit immigration system.

“The process for developing its policy seems to be completely confused. What assessment has been done of the impact or the interrelationship between immigration proposals and any trade or single market deal?”

The TUC said the “back of the envelope plans” would “create an underground economy, encouraging bad bosses to exploit migrants and undercut decent employers offering good jobs”.

The government has said it is sticking by its target of cutting levels of net migration from about 250,000 last year to less than 100,000 despite calls from the opposition and some Conservative MPs for it to be dropped. (BBCNEWS)