Survivors of the Grenfell Tower inferno and mourners living in the shadow of the burnt-out flats have held a moving silent march around the scene of the disaster. 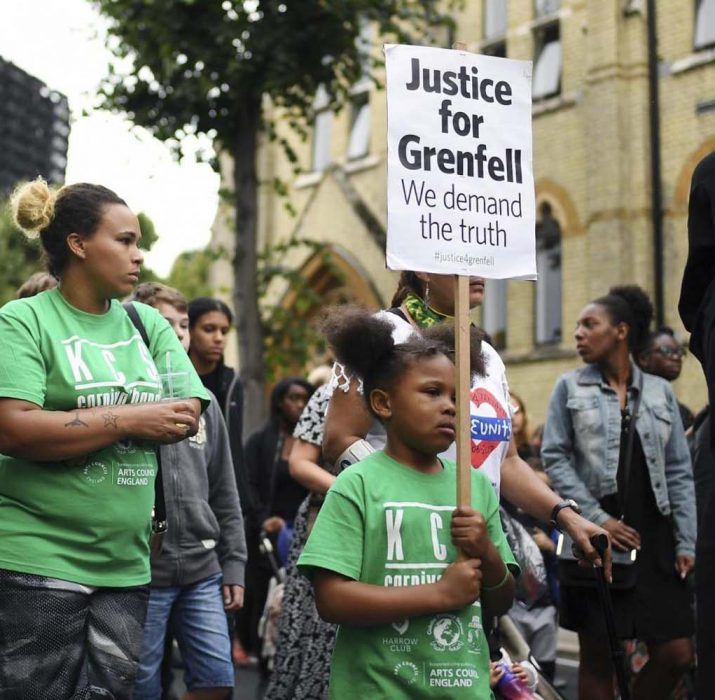 Survivors of the Grenfell Tower inferno and mourners living in the shadow of the burnt-out flats have held a moving silent march around the scene of the disaster.

The emotional protest, held exactly two months after the blaze, took place in honour of the 80 people killed in the fire in west London. The walk was said to have been organised by Grenfell United, a collective created for those who fled the inferno on June 14.

A post on a Facebook group called Silent March – Grenfell Tower read: “A silent and peaceful march to take place on the 14th of every month. This is to pay respect to those who are no longer with us. This is also a movement to ensure we get Justice4Grenfell.

“The silence can speak a thousand words. We are more powerful together!”

Those taking part in the march were asked to carry a candle or yellow ribbon in tribute to those killed or missing.

Moving images showed hundreds of people, including young children, march in the shadow of the burnt-out husk of the tower.

Many held signs reading ‘Justice4Grenfell’ and embraced each other in a show of emotional support.

The community around the tower have pledged to march each month on the anniversary of the blaze.

The demo came as Kensington and Chelsea Council were urged to cut ties with the company managing the 24-storey block.

Kensington and Chelsea residents associations plan to send a letter to the local authority’s leader Elizabeth Campbell, urging her to end its contract with Tenant Management Organisation.

The organisation has faced criticism over its response to residents’ complaints surrounding fire safety, with residents saying its response before and after the fire was “wholly inappropriate.”

In a vote of no confidence, they said the TMO was “no longer tenable” and there was an urgent need to replace it with a “more responsive model that puts residents’ safety and interests first”.

A council spokesman said: “We fully realise that the Council has lost public trust. But we are determined to act properly, thoroughly and fairly to restore public trust over time.