sex-obsessed” police officer who used his force helicopter to film people having sex has been jailed. 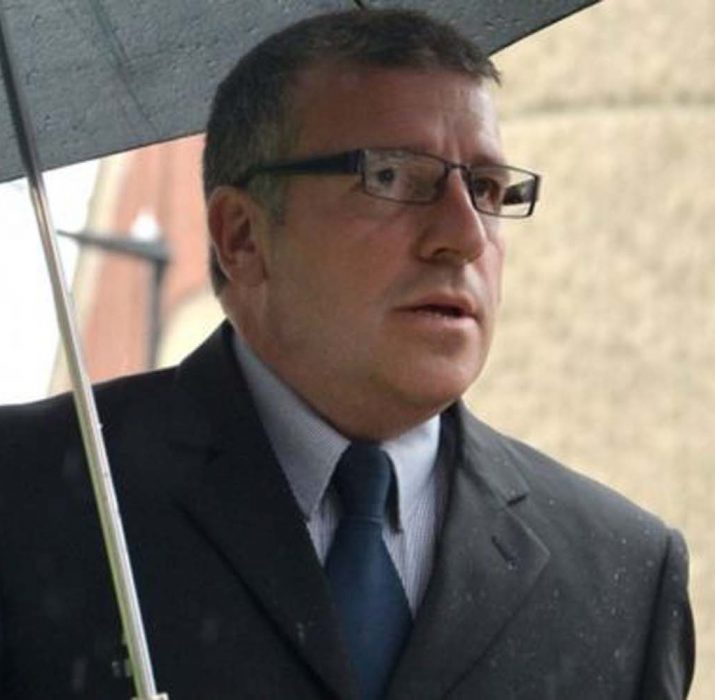 A “sex-obsessed” police officer who used his force helicopter to film people having sex has been jailed.

“Team deviant” Adrian Pogmore admitted four charges of misconduct in a public office. He was jailed for a year.

Two other officers and two pilots were cleared of misconduct following a three-week trial at Sheffield Crown Court.

Pogmore, 51, from Whiston in Rotherham, was described as “a swinging and sex-obsessed air observer”.

Sentencing him, Judge Peter Kelson QC told Pogmore: “You spied on and recorded these naked people from a height of 1,000ft.

“You quite literally considered yourself above the law.”

The judge described Pogmore as a “rogue police officer” whose actions had been “offensive and invasive”.

“In short, you used a £2m helicopter which costs something like 1,000 dollars (sic) an hour to run to advance your own sexual curiosities when it should have been detecting crime,” he said.

“Instead of deterring and detecting crime, you were committing crime.

“So strong were your sexual urges that you were willing to take, and did take, substantial risks of being detected by your colleagues in the helicopter at the time.”

The intrusive filming took place on four occasions between 2007 and 2012 when Pogmore was part of the South Yorkshire Police Air Support Unit.

The footage included a couple sitting naked by a caravan and a woman sunbathing naked with her daughters.

A couple who Pogmore knew were also filmed having sex on their patio.

The judge said his actions had severely damaged public confidence in the police.

One of the women filmed by Pogmore said in her victim statement: “If you can’t trust the police, who can you trust?”

Pogmore had been described in court by other members of the air support unit as the “team deviant”.

In mitigation, John Ryder QC, said there was a macho culture in the air support unit which he categorised as “coarse locker room humour rather than anything more sinister”.

He said the defendant had admitted what he had done and felt a “strong sense of shame”.

“He fully appreciates the seriousness of his behaviour,” he said.

“It was utterly irresponsible. It was thoughtless and foolish. But it was not motivated by anything more sinister than that.”

The judge said he took account of Pogmore’s 22-year police service, which included a number of commendations, and said he found it an “immensely difficult” sentencing exercise.

But he said Pogmore’s actions were a “gross abuse” of trust and he had to impose a prison term.

He had already been sacked by South Yorkshire Police in 2015 following an internal misconduct hearing. (BBCNEWS)