Sixty people have died in the UK since December after it is believed they took the dangerous painkiller fentanyl, the National Crime Agency (NCA) has warned. 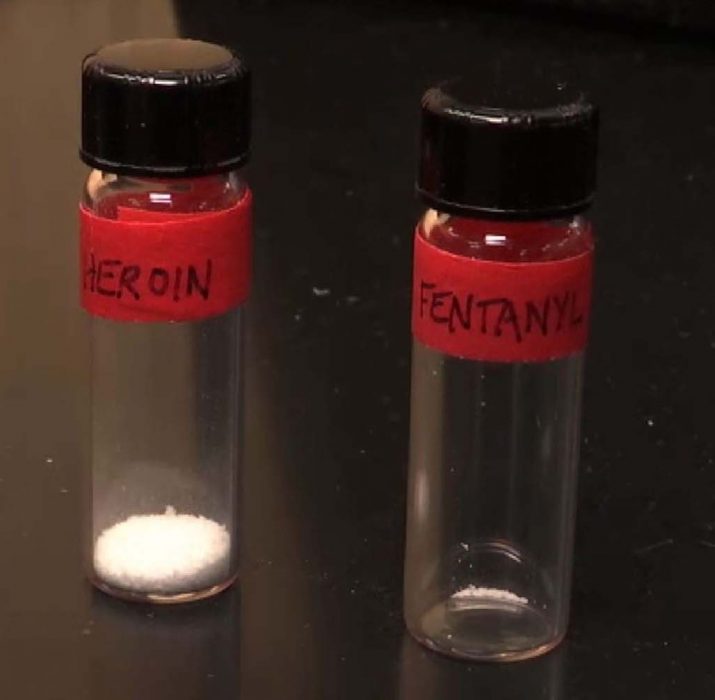 Sixty people have died in the UK since December after it is believed they took the dangerous painkiller fentanyl, the National Crime Agency (NCA) has warned.

Most of the those found dead with links to fentanyl were heroin users, the agency said.

The drug, which killed the singer Prince, is around 50 times more potent than heroin and up to 100 times more powerful than morphine.

However, a chemical adaptation of the synthetic drug called carfentanyl – an elephant tranquilliser – can be up to 10,000 times stronger than street heroin.

Fentanyl – and other adaptations of the opioid – is often mixed with heroin and other class A drugs to bulk out supplies.

Doses can then prove fatal, with dealers accused by the NCA of playing “Russian roulette” with the lives of users.

The agency’s deputy director, Ian Cruxton, has said he believes the synthetic drug is being both supplied in and exported from the UK.

Mr Cruxton said: “We believe the illicit supply from Chinese manufacturers and distributors constitutes a prime source for both synthetic opioids and the precursor chemicals used to manufacture them.”

He added: “We believe there have been at least 60 deaths to date where we can link fentanyl and its analogues to the deaths of individuals from suspected drug overdoses.

“But it’s not a precise science – often these people have a number of different drugs in their body at the post mortem stage.”

Earlier this year, a spate of fentanyl-related deaths in the North of England kick-started an urgent investigation by police.

Officers recently carried out a number of raids, with four people arrested in Leeds and Gwent.

Police are warning anyone who is aware of a supplier of fentanyl – which often sold on the dark web – to get in touch with authorities.

Prince’s overdose on the drug in 2016 brought fentanyl to international attention.

Sky News crime correspondent Martin Brunt said: “Police raised the alarm for the first time in April when – after years of seeing evidence of fentanyl being used to cut drugs, particularly heroin, in the US and Canada and the subsequent deaths and overdoses – they found the first evidence of its use in the UK.”

He added: “It’s not exactly a new drug – it has been used legitimately for many years in the medical world as a very heavy duty painkiller and in palliative care.” (SKYNEWS)