Police in standoff with travellers after ‘violent’ break-in in Chingford 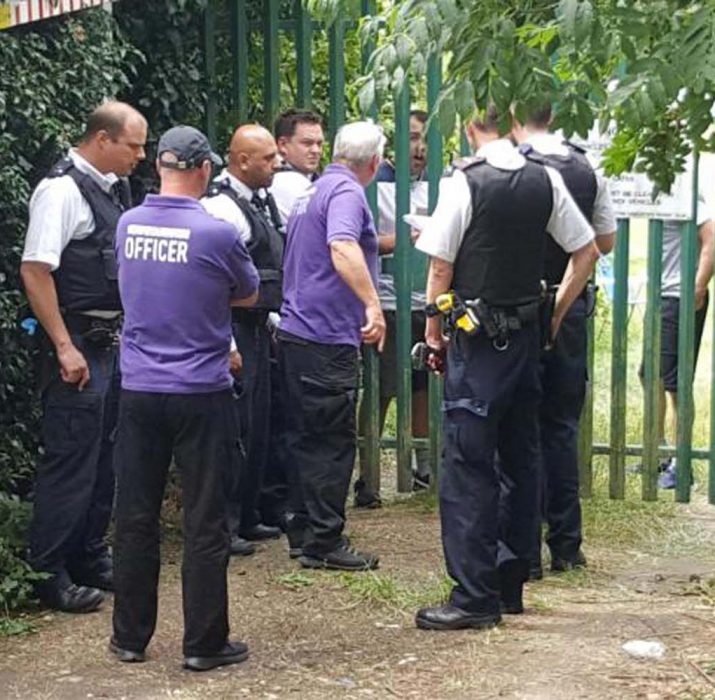 Police were locked in a standoff with travellers after a “violent” convoy forced their way into a council-owned playing field.

Nearly 30 motorhomes and caravans “held a road to ransom” as they made light work of a height barrier and padlocked gate blocking entry to the field in Chingford. Residents were left helpless as the travellers held up traffic in Sewardstone Road.

Speaking today, a 71-year-old man, who did not want to be named for fear of reprisals, said they were threatening people with violence as they wrestled with the gate.

He said: “They threatened to put my teeth down my throat and break my neck.

“People were unprotected for two hours in the face of a violent situation.

The elderly resident also said the council previously removed concrete barriers on the ground, allowing easier access for travellers to get in. A barrier restricting tall vehicles from getting through the gate was “removed with ease” leaving a padlock and chain wide open for bolt cutters.

Councillor Sharon Waldron, who leads community safety and cohesion, said the council was “aware” of the situation.

She added: “We are working with the police to evict them and a Section 61 notice was served earlier today requiring them to vacate the land by July 14.

“We are reviewing the security of the site and will be amending it as needed.” Scotland Yard confirmed they were called to reports of a group of travellers gaining access to council-owned land.

A Met spokesman said no arrests have been made.