Officers from Haringey will take to the streets this week wearing Body Worn Video (BWV), following the borough’s official launch on Monday, 17 July. 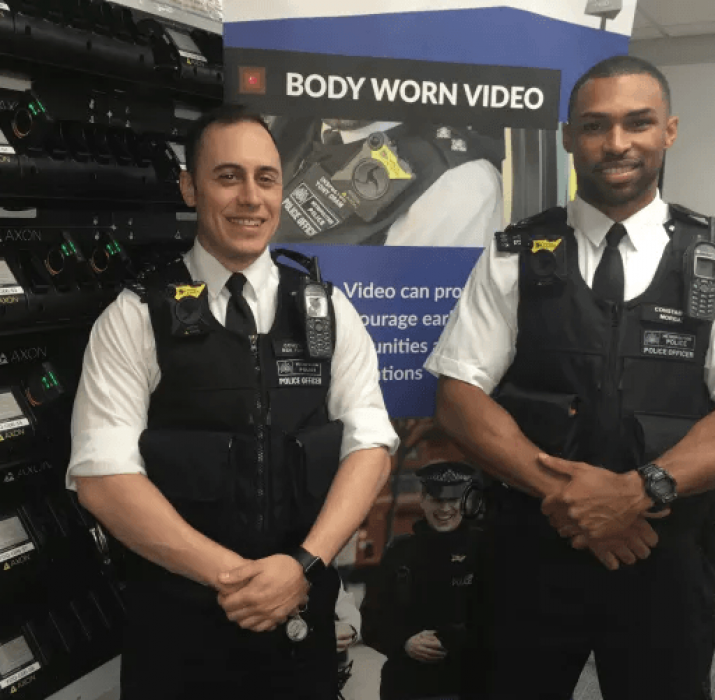 BWV is being issued to around 500 of Haringey’s frontline police officers and Police Community Support Officers (PCSOs) – additional cameras will also be available for specialist departments.

The cameras have already shown they can help bring speedier justice for victims. They have proved particularly successful in domestic abuse cases where there has been an increase in earlier guilty pleas from offenders who know their actions have been recorded.

The equipment will offer greater transparency for those in front of the camera as well as those behind it. Londoners can feel reassured during their interactions with the police, whilst BWV will also help officers gather evidence and demonstrate their professionalism in the face of the many challenges involved in policing the Capital.

All footage recorded on BWV is subject to legal safeguards and guidance. The footage from the camera is automatically uploaded to secure servers once the device has been docked and flagged for use as evidence at court or other proceedings. Video not retained as evidence or for a policing purpose is automatically deleted within 31 days.

Chief Inspector Jude Beehag-Fisher, Haringey’s Body Worn Camera Lead, said: “Body Worn Video is an important addition to the equipment we provide to our frontline officers; it is an invaluable tool to combat crime and one that will make Haringey safer and support both officers and the public.

“In addition to the cameras, we also have first class accompanying software to manage all data downloaded from the camera in a secure, systematic and professional manner. It is fully integrated with existing Met crime reporting methods and procedures for conveying evidence from the scene into the evidential chain for admission at court. Its use is proven in increasing conviction rates, reducing confrontation and complaints against police officers and informing sentencing decisions at court.

“It can sometimes be difficult to articulate what officers have witnessed, however with both an audio and visual capability, the footage it captures at a scene will provide a compelling addition to the evidence we are able to present.

“Body Worn Video will provide further reassurance to the communities in Haringey of our enhanced ability to support victims of crime and directly record criminal behaviour and its consequences.”