An “asylum seeker” has been filmed shouting and crying for help after being slapped by what appeared to be an immigration officer on a Heathrow flight. 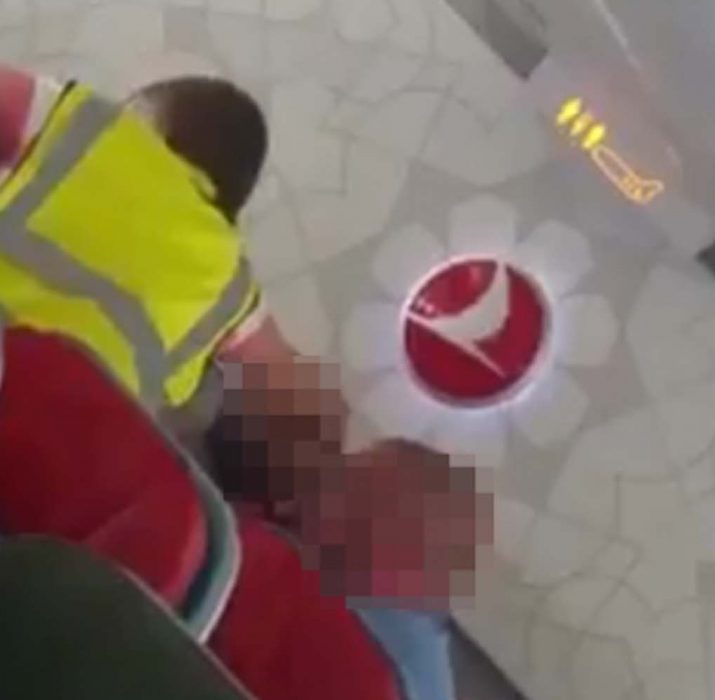 An “asylum seeker” has been filmed shouting and crying for help after being slapped by what appeared to be an immigration officer on a Heathrow flight.

Video from the Turkish Airlines flight, which was travelling to Istanbul on Saturday, has emerged showing a man being slapped and his head being pushed forcibly against his seat before take-off.

Passenger Ahtzaz Ali, 27, an office manager from Birmingham, was on the plane when the incident unfolded.

He said he believed the man was an asylum seeker and the scenes left fellow passengers “disturbed”. Mr Ali, who was travelling to help Syrian refugees, said: “There was a man who was clearly upset on board the plane but wasn’t being abusive to the crew or anybody else.

“All of a sudden, someone who seemed like they were an immigration officer came and started physically abusing the man by slapping him and pushing his face down whilst he was crying and shouting that he wouldn’t be safe going back to Afghanistan.

“The journey after he was taken off the plane was very upsetting as passengers were in tears, clearly disturbed by what they had seen.

A Home Office spokesman said it did not comment on individual cases, but added: “If people are in the country illegally and refuse to leave voluntarily we will take action to remove them.