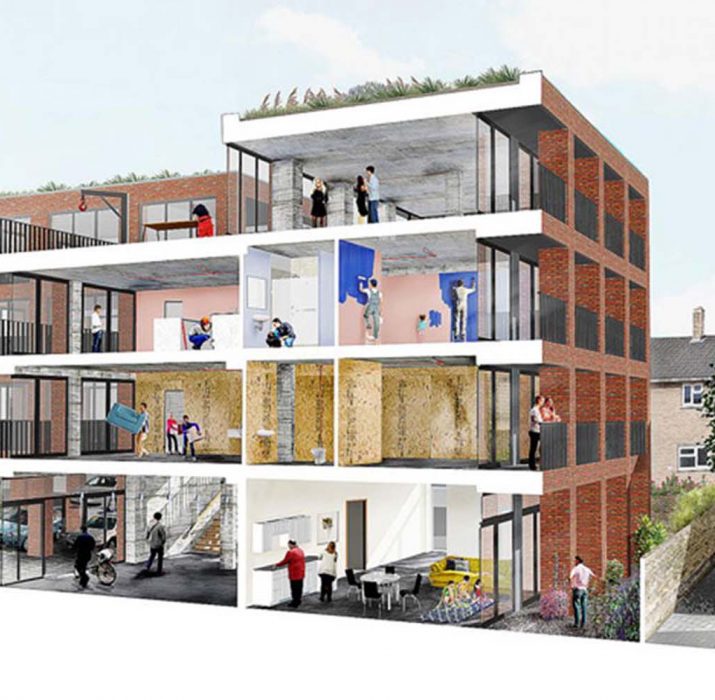 Not-for-profit developer Naked House will provide 22 homes priced from £150,000 on land supplied by north London council Enfield by 2020. Other councils are in negotiation to provide more sites across London.

No-frills homes could be the answer to London’s housing shortage. It’s an idea dreamed up by four friends, all priced off the housing ladder in the capital and unhappily stuck in Generation Rent.

In 2013 they founded Naked House, a not-for-profit developer set up to build habitable but only part-finished homes at low cost.

With financial support from Mayor of London Sadiq Khan, on land supplied by a north London council, Naked House will provide 22 homes priced from £150,000.

Co-founder Rachel Bagenal, 36, says: “We were all young Londoners priced out of London, who either couldn’t afford, or were uninspired by, options like shared ownership. We started talking about it in the pub and came up with this.

“The Naked House is built to a point where it is habitable and you can get a mortgage, but we leave as much unfinished as possible.”

The homes, which will range from one-bedroom flats to family-size terrace houses, will be watertight, have heating, electricity, a working bathroom and a kitchen sink — but not much else. Owners finish the fit-out themselves, at their own pace and to suit their pocket, including deciding where partition walls go and designing a kitchen. This means buying costs are cut to the bone.

Some properties are being built with the potential to extend, adding to their value, and all will be highly energy efficient, cutting fuel bills. They are intended to be affordable to people, or households, earning about £30,000.

​Enfield council has provided three small sites to build the homes, and the Mayor has provided the £500,000 necessary funding. Work is expected to start next year, to a design by London-based OMMX Architects, and the homes will be completed   by 2020.

In the meantime Bagenal and her co-founders, Neil Double, 33, Simon Chouffot, 37, and Harry Dwyer, 36, are in negotiation with other councils about building more Naked Houses across London. “We hope we can replicate the model on lots of sites across the city,” says Bagenal. In the four years since Naked House was set up, all of its founders have found their own ways out of Generation Rent. Double has moved to

Essex, Bagenal and Dwyer swallowed their misgivings and bought a shared-ownership flat, and Chouffot lives on a houseboat.