Three suspects allegedly linked to the slain perpetrator of an Islamic State of Iraq and the Levant (ISIL) attack on a Christmas market in Berlin last year have been apprehended at Istanbul’s Atatürk Airport, Turkey’s Interior Ministry announced on March 20. 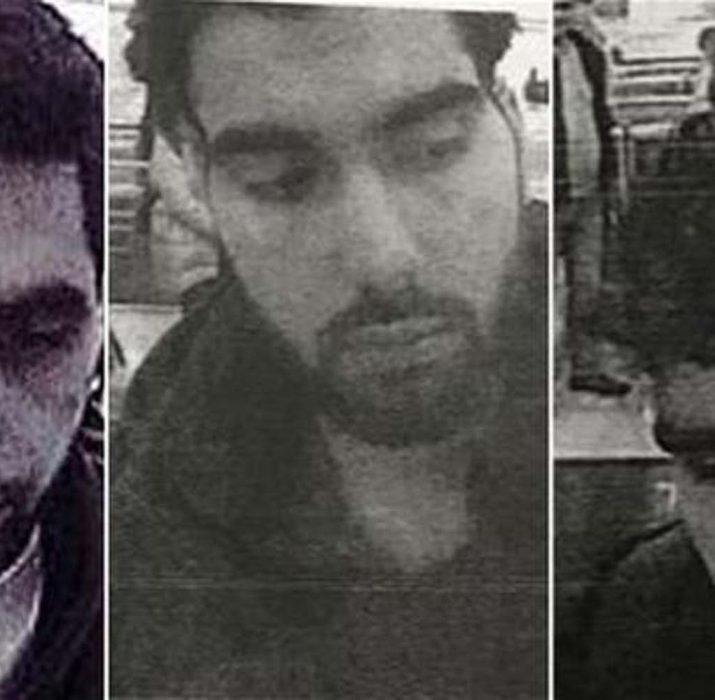 Three suspects allegedly linked to the slain perpetrator of an Islamic State of Iraq and the Levant (ISIL) attack on a Christmas market in Berlin last year have been apprehended at Istanbul’s Atatürk Airport, Turkey’s Interior Ministry announced on March 20.

A truck plowed into a crowded Christmas market in the German capital on Dec. 19, 2016, killing 12 people and wounding 49 others.

The jihadist group had claimed responsibility for the truck rampage one day later.

The suspects’ apprehension comes one week after police in the western province of İzmir caught an ISIL militant who allegedly ordered the attack.

The Jordanian-origin German man, identified only by the initials W.D., had arrived in Turkey via illegal means to cross into Greece after the attack. He was suspected of giving the order of the attack to Tunisian-origin ISIL militant Anis Amir, who was killed in Milano and subsequently arrested.

According to examinations of Amir’s phone, some suspected names were in Turkey.

On March 11, a Syrian-origin ISIL suspect, identified only by the initials M.A.K., was also believed to be in İzmir and was caught in a raid on the hotel where he was staying.

M.A.K. said he arrived in İzmir to cross into Greece and was reportedly planning to stage attacks in Europe.

He was also arrested pending trial by a Turkish court on March 20.

Previously, two other suspects had been apprehended in Istanbul after police established their connections with Amir and they were later arrested.

Separately, the ministry announced on March 20 that some 24 militants were “neutralized” during security operations over the past week, with 13 of them were killed and the other 11 surrendered to security forces.

The ministry said in a statement that it conducted 230 operations against outlawed Kurdistan Workers’ Party (PKK) militants, detaining a total of 999 suspects in one week on charges of aiding and abetting the organization.

It also added that some 70 ISIL suspects were detained in the operations.

Another 28 Fethullahist Terror Organization (FETÖ) suspects and 28 others linked to leftist terror organizations were also detained, it stated.

In the southeastern and eastern provinces of Batman, Bingöl, Ağrı, Diyarbakır, Şırnak and Tunceli, 21 shelters and caves used by PKK militants were also destroyed, according to the statement.

In addition, two PKK militants were killed on March 20 during a security operation in the Lice district of the southeastern province of Diyarbakır, according to the Diyarbakır governor.

On March 19, two soldiers, who were seriously wounded during the ongoing operations, succumbed to their injuries while six PKK militants were also killed.

Gendarmerie Captain Fuat Oğuzcan and Gendarmerie Specialized Corporal Zinnur Ezim were later sent to their hometowns on March 20 to be laid to rest.

Security forces have been conducting broad operations against the PKK in the Lice, Kulp, and Hani districts since March 5.