“Referendum will have answers to questions”

Reform 2000 Political Party’s general president Erol Başarık, gave a presentation and speech to the local communities at the Turkish Cypriot Community Association building, briefing the communities on the standpoints of the upcoming Turkish referendum. 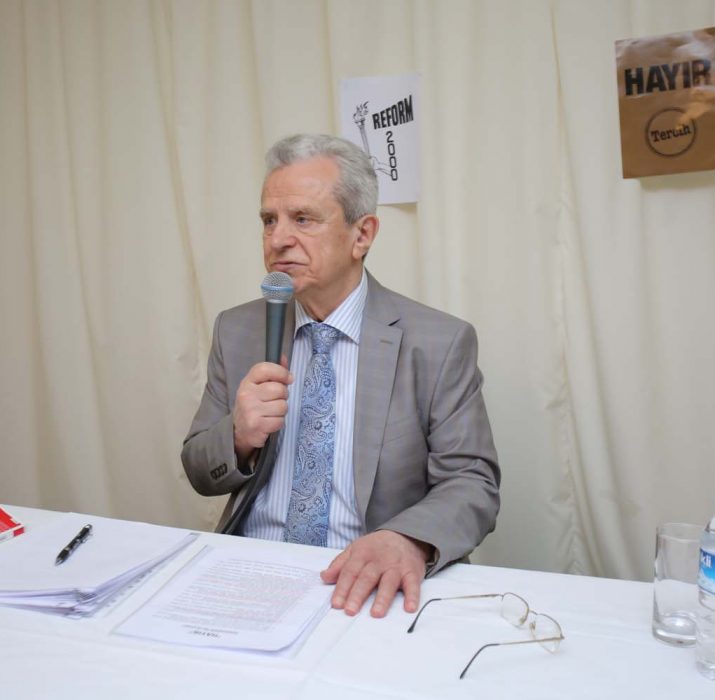 Reform 2000 Political Party’s general president Erol Başarık, gave a presentation and speech to the local communities at the Turkish Cypriot Community Association building, briefing the communities on the standpoints of the upcoming Turkish referendum and by believing despite many obstacles the voters will give an answer to AKP.

The conference that was titled “16 April Referendum and its Aftermath”, had many standpoints given Mr Başarık’s advices and foresights on the upcoming referendum. Referring to the rising tensions between Turkey and Netherlands, Mr Başarık invited the audience to see things differently:

“The incident happened in the Netherlands is unacceptable and very disappointing, however, if one wants to see things differently there may be a possibility of Netherlands and Germany joining forces to orchestrate such an event to rise the ‘yes’ vote for the upcoming referendum.”

“THE PRESIDENTIAL SYSTEM IS FOR POLITICAL INTERESTS”

Addressing to the AKP Government’s recent issues with corruption, Mr Başarık said the upcoming referendum will be used for prospective justifications for AKP’s political interests. Mr Başarık extended his wishes for a vote that could stand in the way of such corruptions and more bleakness in the country’s history.